When you think of Orlando, Florida the first thing that comes to mind is Disney World, Universal Studios, and the beach. I have been to Orlando a thousand times since I was a kid. I never thought about anything outside of the theme parks. On my recent trip to Orlando, I wanted to see what else the city had to offer.

I started researching and I decided I wanted to stay away from the theme parks. I picked a hotel in the heart of downtown. I recently attended a blogging conference, “Blogger Xchange”, and the travel bloggers talked about photo shoots when you travel. I decided to have a photo shoot in Orlando. I searched Airbnb experiences and found the Tattooed Bride. I booked a photo shoot with her and she stated meet me in Winter Park, Florida. My initial thought was, “where in the hell is Winter Park, Florida”. As many times as I have been to Orlando I have never heard of Winter Park.

Photo shoot day comes and I take a 20 minute Lyft ride to Winter Park. My first thought was this is a quaint little town. I met Amy aka Tattooed Bride at the farmers market. Amy and her husband own a tattoo shop in Winter Park and Amy is a photographer. We got to know each during my two hour photo shoot. Amy took me on a tour of some of the most beautiful areas of Winter Park.

After my photo shoot I decided to stay a little longer and explore. I walked up and down streets and was just amazed at how quiet it was. Very different vibe from the city. I never felt like I was in danger which is a plus. Winter Park is a place I would to relax and get away from the world.

I stopped by the Winter Park History Museum where I met the director Susan Skolfield. She showed me around the museum. The exhibit at the time was historical hotels of Winter Park. She explained that exhibits are displayed for two years and then they are changed. It was pretty cool to see how hotels were built and decorated in the 1900s to now. Mrs. Skolfield told me about the African American museum in Winter Park, but unfortunately it was not open during my time there.

I really wish I could’ve spent more time in Winter Park. It’s a beautiful hidden city. If you are traveling to Orlando, take some time to visit Winter Park, Florida.

9 Comments on “Winter Park the Hidden Gem of Orlando, FL”

This site uses Akismet to reduce spam. Learn how your comment data is processed. 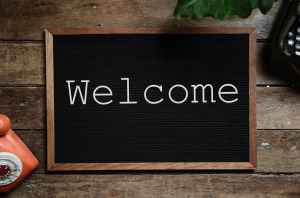 Welcome to Meals and Miles! A unique site where you can inquire about booking a vacation or receive vacation insight via our travel blog. Meals and Miles will post vacation deals, blog about our travels, and hotel and restaurant reviews.

You can book flights, hotels, rental cars, cruises, and travel insurance directly through my website.

Meals and Miles Next Vacation

A great day to plan your next vacation!